This site uses cookies. By continuing to browse you are agreeing to our cookie policy. close
PING!
PINGS!
PINGS! are young students between 16 and 22 years old who get to know and follow GMP's activities, dialoguing with curatorial teams, artists and other guests, participating actively in the daily life of an artistic institution.
PINGS! invent formats and methodologies of meeting, dialogue and sharing of ideas as they discover the way an art centre works, its agendas and operational logic.
PINGS! will continue the project in their classes and educational contexts through guided visits, moderating talks, making audio-visual materials or other modalities they want to propose and implement.
PINGS! will dialogue and collaborate with researchers like Marílio Wane, artists like Paula Pin or curators like Pablo Berástegui, among others, through workshops, conversations and interviews in the scope of the three programming axes Gineceu+Estigma, Memória de Elefante and Exodus. Each pings! session will be recorded in a podcast with the collaboration of Mariana Sardon. 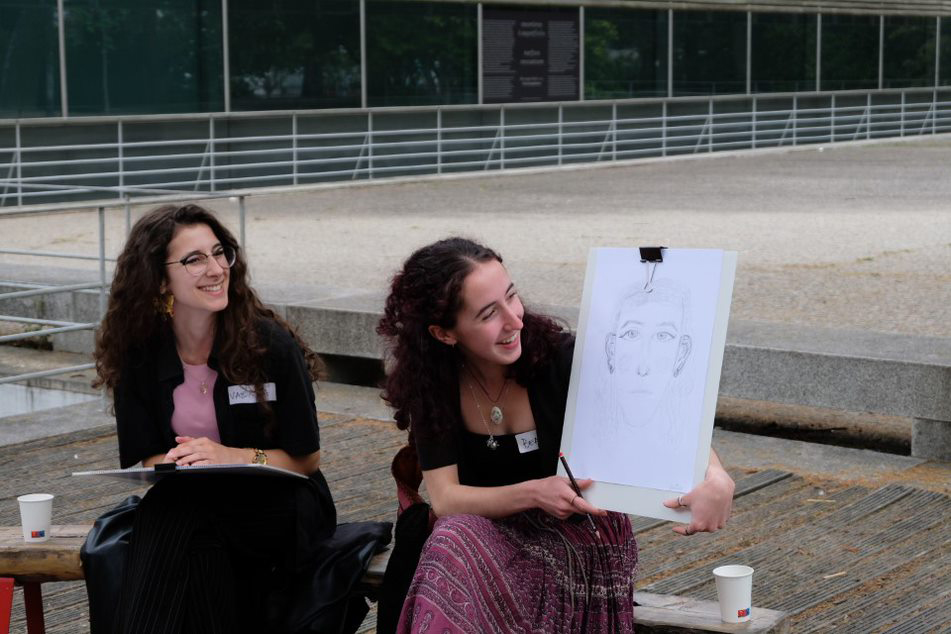 The meeting was called 0.0 because it was a first moment of sharing between participants. Some group dynamic actions were proposed and a route was taken where there was a dialogue about the history and landscapes of the Palácio de Cristal gardens. 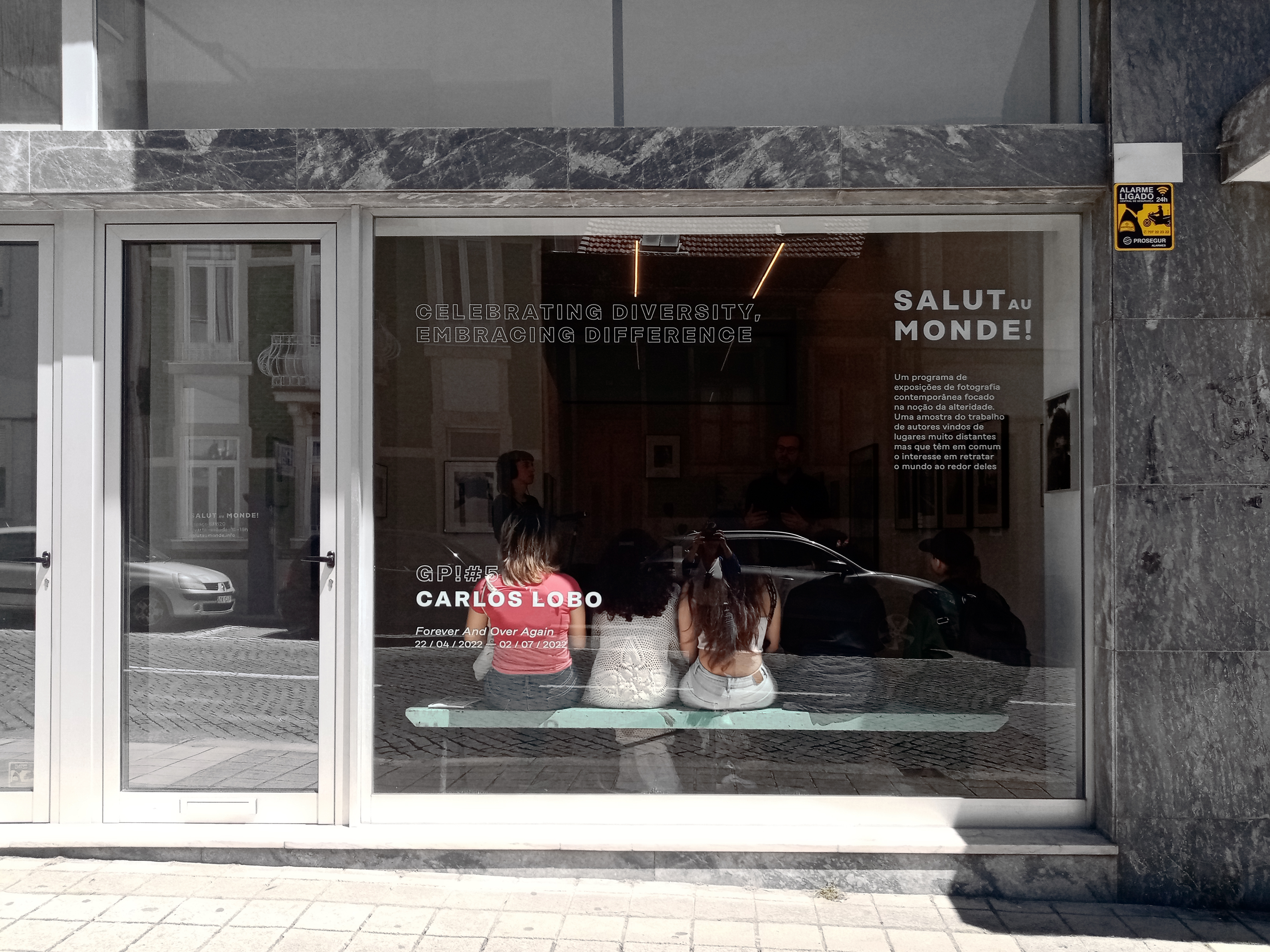 The Pings! got together again, this time on an EXODUS tour guided by Pablo Berástegui. Conceived by the director of the documentary photography project Salut au monde! and cultural producer, the itinerary showed the northern side of Bonfim, a neighborhood that has become a place of residence and work for a growing number of artists. The visit to new projects and independent cultural spaces and the dialogue with their creators and programmers, allowed us to understand how these projects materialize in different scales and structures, complementing and contributing to the neighborhood. 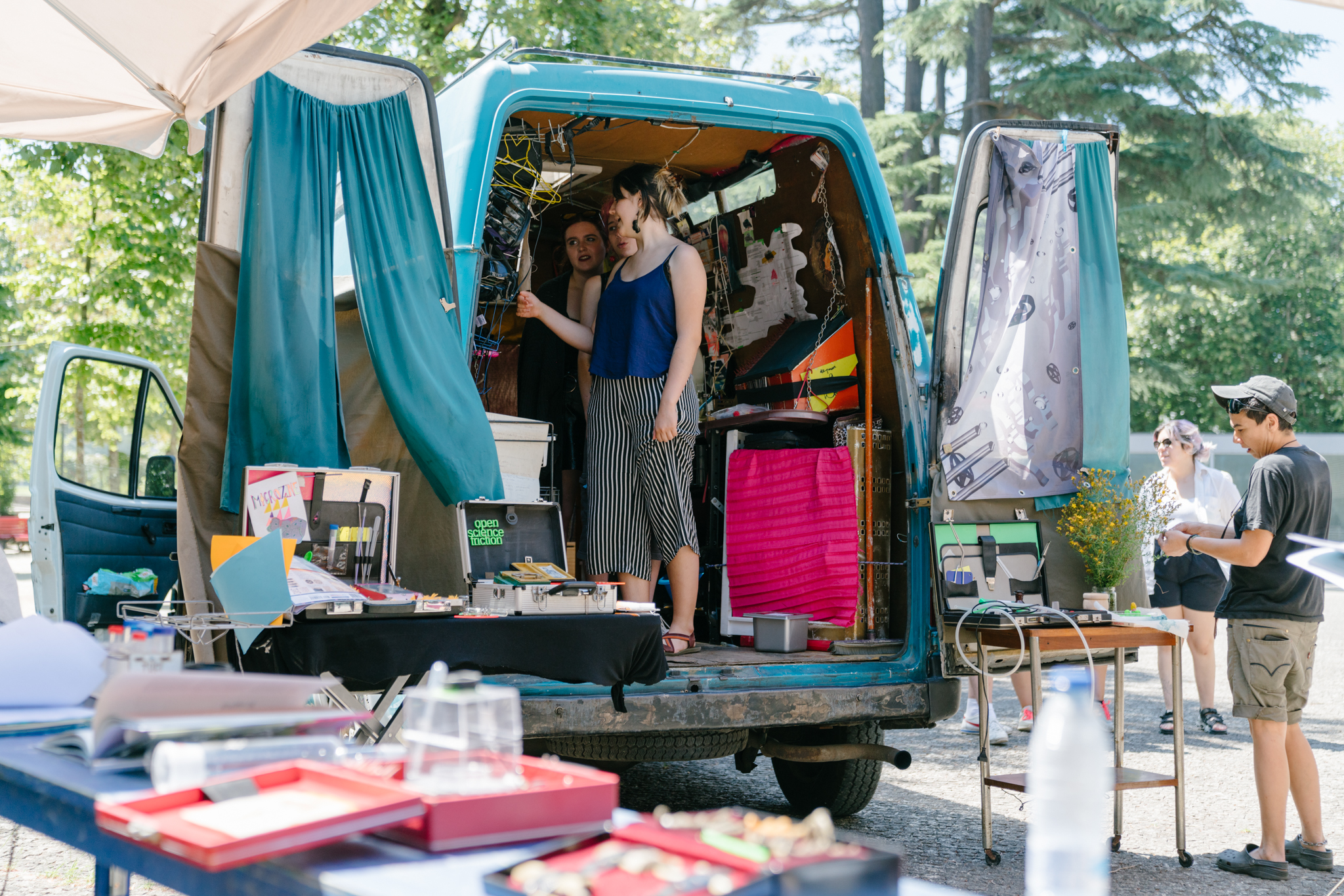 The workshop proposed by Paula Pin, is part of the Bio-trans-lab project, one of the modules of the hackteria.org platform. Materialized in a van, the CyanoVan is a nomadic science laboratory, open to experimentation with the body and technology, in a logic of learning by doing. The mobile project, which has travelled the world, seeks to disseminate and activate scientific processes open to the community, bringing the queer transhackfeminist laboratory to the space of the gardens of Palácio de Cristal.

Artist and activist Paula Pin's practice combines science, biology and queer identities in the realisation of projects that take the form of interactive sculptures, installations, performances, walks and laboratory experiments, in which the body relates to the world in unusual ways.
Pin organises techno-feminist workshops and has collaborated since 2012 in the extensive bio-hack network, Hackteria (which unites body and nature). Pin has collaborated with institutions such as CERN (European Organization for Nuclear Research), Geneva; Bergen Assembly; Hangar, Barcelona and KASK, Gant.

Each workshop is intended for a single class. 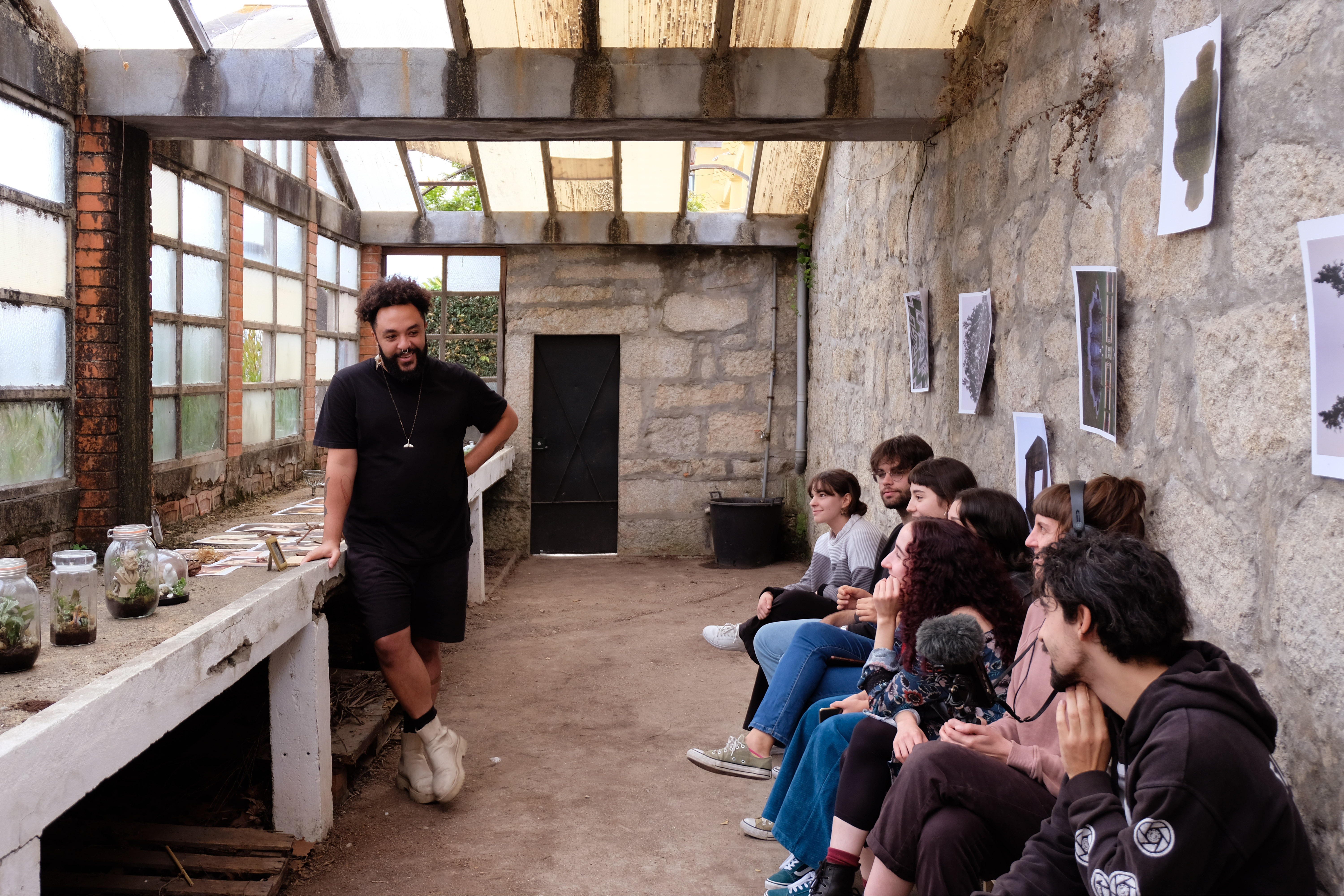 Artist Samuel Wenceslau has been making incursions into the gardens of Palácio de Cristal in order to build an architectural and poetic interpretation of the place, but also to collect plants that can germinate inside a wardiana box, an 19th-century terrarium that recreates a particular ecosystem.
In the workshop, micro-landscapes were built, enclosed by an iron and glass structure, where participants added images that revisit the First Portuguese Colonial Exhibition. Here, they reflected on ideas of possession and the exposing of bodies, but also on domestic objects as a metaphor for personal relics and collections. Ultimately, we sought to discuss themes such as the colonial domination of bodies and standardized logics of beauty and nature through these Crystal Terrariums.

Artist Samuel Wenceslau has a deep interest in nature, in particular Brazilian botany, exploring organic forms and lines in collages, drawings, photographs, paintings, objects and other graphic creations. As he is also artistic director and producer of the Kebraku Collective, Wenceslau created the Graphic Studiolo, a graphic inventory of natural forms from the flora of South America and, more recently, Europe. "My plates look botanical, but the classifications I used are all imagined," he says. Apart from the technical side, he distinguishes himself from traditional botany by his refusal of perfection. He doesn't look for leaves or flowers that are intact, but those that show the "interference of time and nature". 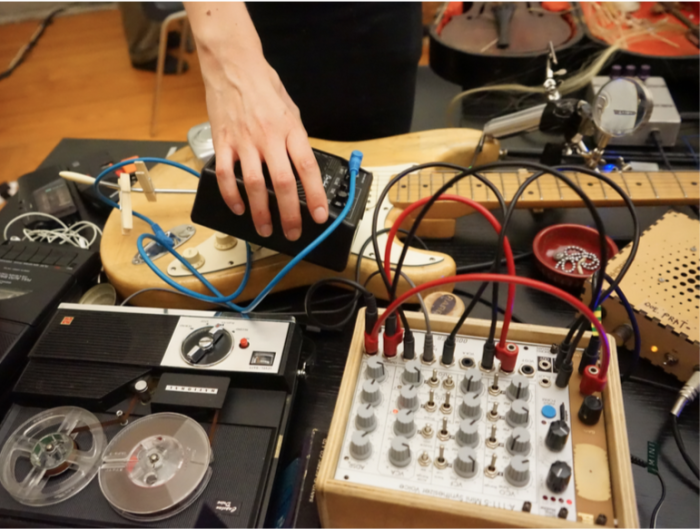