This site uses cookies. By continuing to browse you are agreeing to our use of cookies. close
PING!
Memória de Elefante 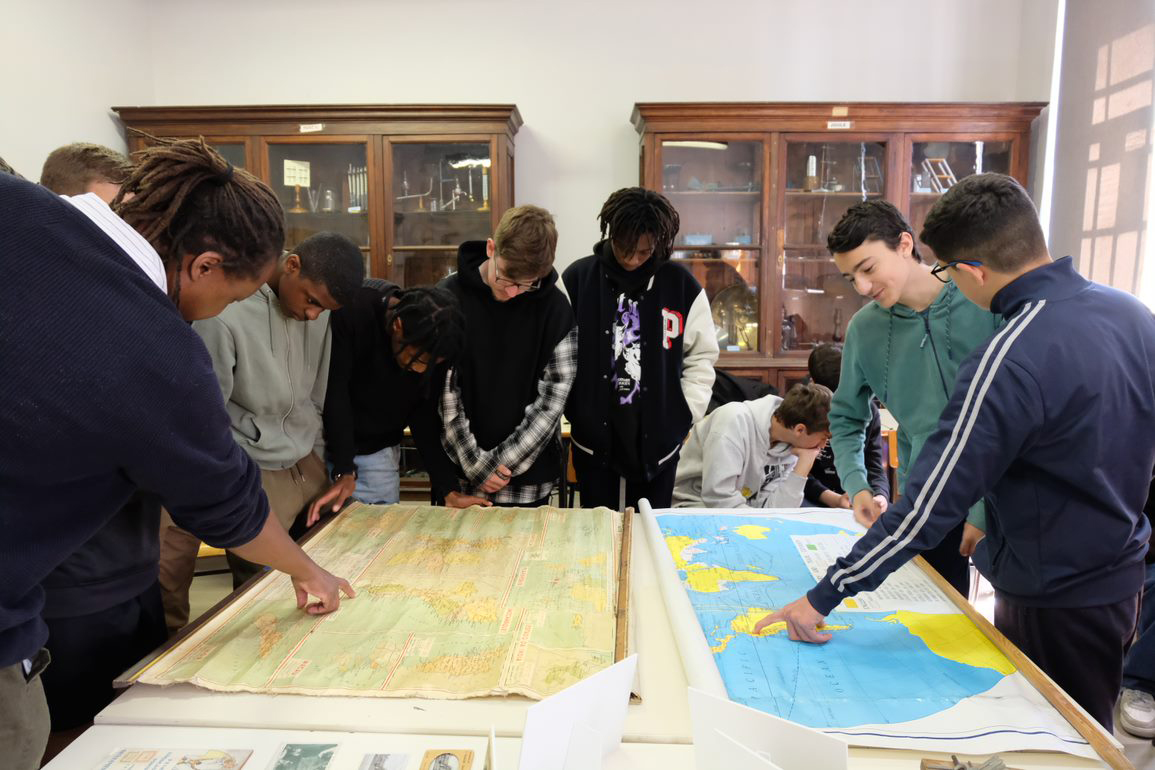 Maps, charts, crosses and patterns; African masks, sculptures, drums, timbrels and mbiras; Sisal, cotton, animal skins and horns; Seeds and plant species; Brought from Angola, Guinea and Mozambique; And also peacocks in the gardens, huts on the lake island, people exhibited in a zoo-human...dehumanization, change, justice and reparation. The workshop GIFmeback# proposes a game of conversations and creation of digital images, which has its roots at the Escola Secundária Infante D.Henrique, and will extend to the gardens of the Crystal Palace and the archive of an event that took place there in 1934, the First Portuguese Colonial Exhibition. In between, some stories and research from other places and other cities, such as Maputo or Lamego will eventually meet and cross paths, here and now.

To watch the GIF results created by the students, click here and here.

Working between Portugal and Mozambique and researching national and private archives that preserve Mozambique's colonial, anti-colonial past, artist Catarina Simão questions the tutelage and dissemination of historical and political memory. Based on prolonged investigations, which often involve collective partnerships and diverse forms of presentation to the public. Strongly influenced by narratives of history and the notion of the archive, Simão has been particularly dedicated to the contemporary history of Mozambique. It is in this context that she developed projects such as the Mozambique Institute Project (Reina Sofia Museum, 2014) or the documentary Djambo (DOCTV-CPLP 2016, w/ Chico Carneiro). Working in the areas of cinema, music, theatre and visual arts programming, Simão has collaborated with the Fundação de Serralves, Porto; Manifesta 8, Murcia; Africa.cont; Museo Reina Sofia, Madrid, Ashkal Alwan, Beirut; New Museum, New York; Garage Museum, Moscow; and Galerias Municipais de Lisboa, among others.


Marílio Wane, born in Beira City, Mozambique, holds a degree in Social Sciences from the University of São Paulo (Brazil) and a Master's degree in Ethnic and African Studies from the Federal University of Bahia (Brazil). Since 2007, he has been working as a researcher in Ethnomusicology at ARPAC-Institute of Socio-Cultural Research, a body subordinated to the Ministry of Culture and Tourism of Mozambique. In parallel to the broad field research experience, during this period, he has developed several activities under the 2003 UNESCO Convention for the Safeguarding of the Intangible Cultural Heritage in Mozambique and in countries like Angola, Brazil, Zimbabwe and Algeria.
He is currently doing his PhD course in Music Sciences at the Universidade Nova de Lisboa (Portugal). Following his thematic areas of interest, he started to act, as of 2018, as representative of ICTM - International Council for Traditional Music - in Mozambique.

Aimed at the school public.

Each workshop is intended for a single class.