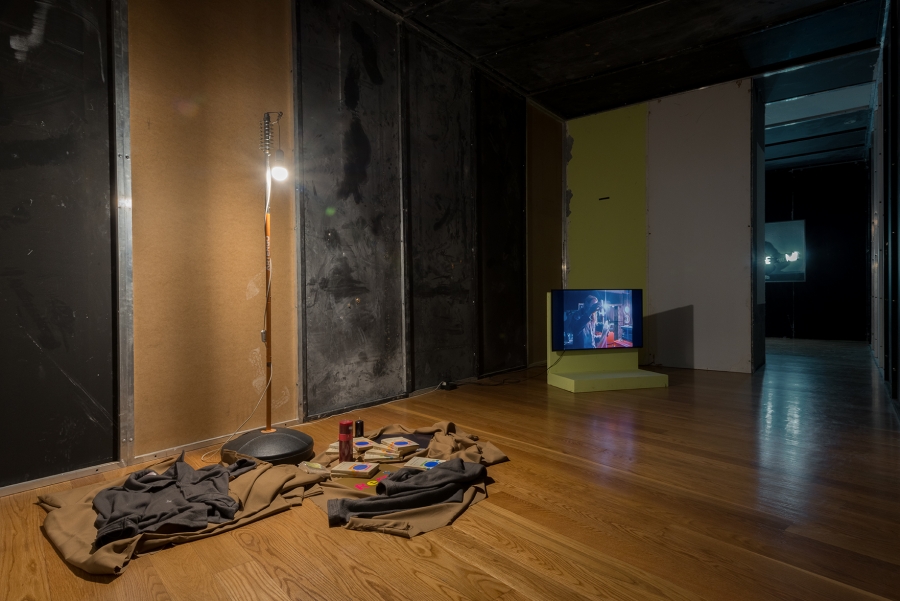 The Galeria Municipal do Porto challenged the project Uma Certa Falta de Coerência to develop a curatorial exercise concerning the relationship between independent curatorial practice (and artist run spaces) and institutional contexts. Uma Certa Falta de Coerência has developed its activities on an independent basis since 2008, in a narrow studio in the Rua dos Caldeireiros, where one often wonders whether the atmosphere is breathable, “as if the studio’s percentage of O2 is lower than the average 21%”. The desire to gauge the level of oxygen is an indicator of its rarity, and of an economy of joint dependence and effort. Given the impossibility of transferring this unique atmosphere and its associated challenges, the project developed for the Galeria Municipal will test specific politics of production and forms of understanding. It will depart from the exercise of survival in adverse conditions subjected to institutional oppression, the sense of friendship and selfless exchanges between individuals (in an epoch of extreme individualism and hyper-capitalism), and the captivity of freedom by standards of good taste and fantasies of appearances and professionalism. 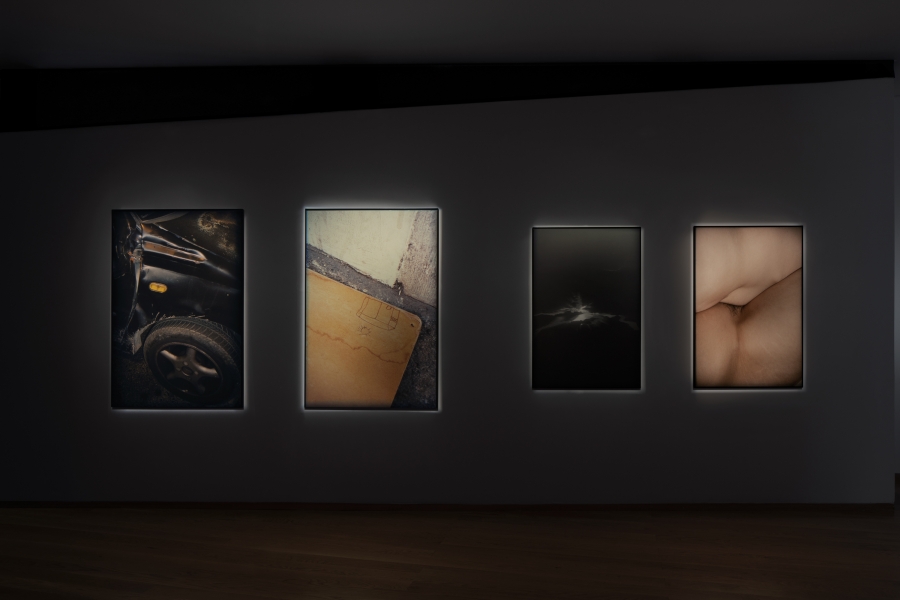 At the turn of the third millennium, the social and economic developments that began in the late twentieth century triggered a series of conditions that have played a central role in questioning the positivity heralded by globalisation and the massification of tecnologies. After the Bang proposes a reflection about the paradoxes of their consequences, while challenging concepts of manipulation of time, in its conceptual, perceptive and material dimensions.
Using photography and expanded cinema, while exploring the relationship between documentary and fiction, the pieces show bodies and spaces, present in the hiperreal or the physical space, placed outside temporal limits and under a desacelerated rhythm. In a generation characterised by the growth of digital culture, in which artists and other cultural agents use rapid circulation of photographic fragments to produce and reproduce their content, it is necessary to think about the ontological and relational nature of the image. The particularities that emerge from this generational influence are directly transposed into works of art, which assume great importance when thinking about the past.

Depois do Estouro was one of the winners of the Expo’98 in Porto competition, which awarded two grants for the presentation of two exhibitions in the Galeria Municipal do Porto. Selected by a jury external to the GMP’s team, consisting of Daniela Agostinho, Miguel Ferrão and Nuno Faria, this was the first exhibition presented in the framework of the competition, whose total budget is €98,000. 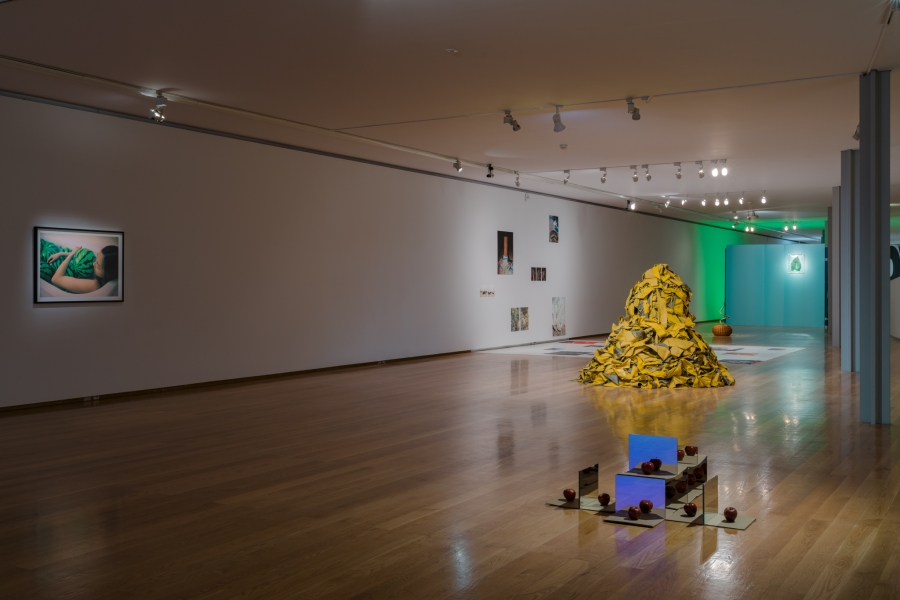 Estar vivo é o contrário de estar morto stages a space for reflection about the urgent need to question different modes of action that constrain nature and the economic and cultural value that we attribute to multiple terrestrial balances.
Based on a collection of pictorial, filmic and performative works, the exhibition aims to explore, and parody, new forms of expression that break with the human/non-human dichotomy, processes of reinterpretation of subjectivities and situations that discuss the right to exist.
Between the absurd and the ordinary, the plausible and implausible, this exhibition places into perspective the need to revaluate the vulnerable and precarious status of the planet’s inhabitants, in the context of contemporary social and economic practices – without overlooking artistic practices and, paradoxically, the fact that such practises may be in collusion with consumption models that undermine a sense of natural well-being. 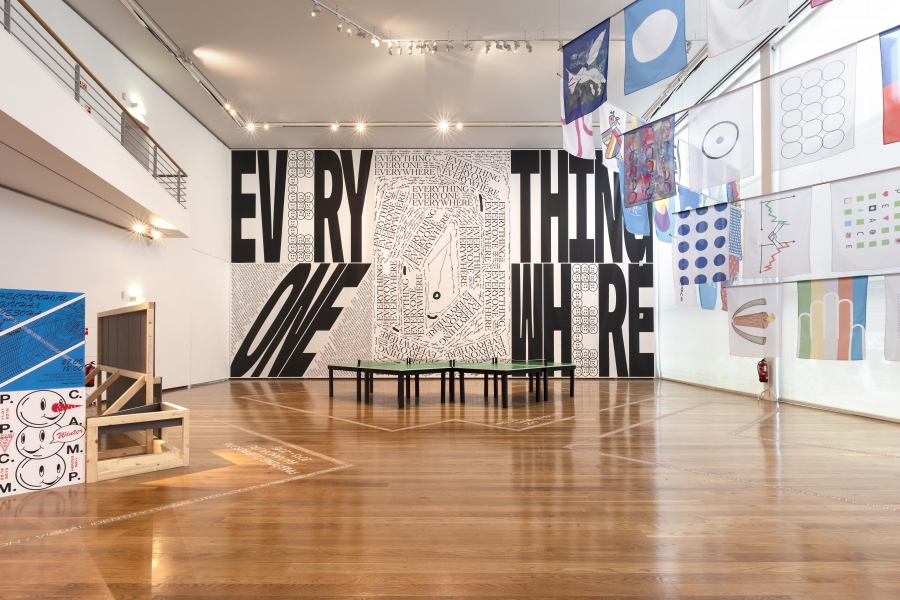 Focusing on the first two decades of the current millennium it becomes apparent that a backdrop of various transformations has affected design as a discipline. Analysing its current configuration, Millennials – New Millennium Design was conceived based on the idea of a map. The idea was to draw up a map of communication design from three points of view, focusing on intentions (motivations, themes and values), processes (method, authorship) and the ways in which
projects come to life.
The selection process for the projects presented and their related curatorial concepts were intended to produce an open critical reading of contemporary communication design. As though map and territory were interchangeable, the intention was to allow visitors to experience coming closer, engaging them with projects where design shows itself, through some specifically contemporary characteristic, like a mediation process that is inseparable from the technological, economic, cultural and political circumstances that are its setting.

A project by:
Porto Design Biennale 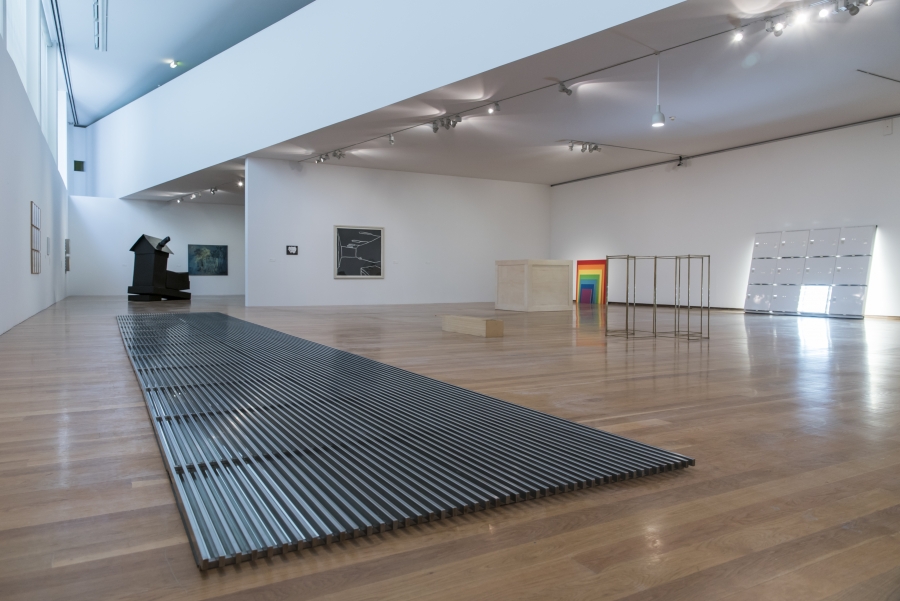 In continuation of its partnership with the EDP Foundation, the Galeria Municipal do Porto presents De Outros Espaços, a new exhibition from the series Perspectives, through which the Museum of Art, Architecture and Technology (MAAT) has been proposing new thematic interpretations of the EDP Foundation’s Art Collection.
The exhibition is named after an influential essay by Michel Foucault and examines notions of space as imagined and developed by visual artists, in contrast to the understanding of space in scientific or technical disciplines, including appropriation of this concept by the field of architecture beginning with the modernist movement in the early twentieth century. Urgent topics emerge from this approach towards the idea of space, including identity and gender issues, social alienation in contemporary urban contexts, and revisiting complex historical memories through installations, paintings and sculptures by several artists. 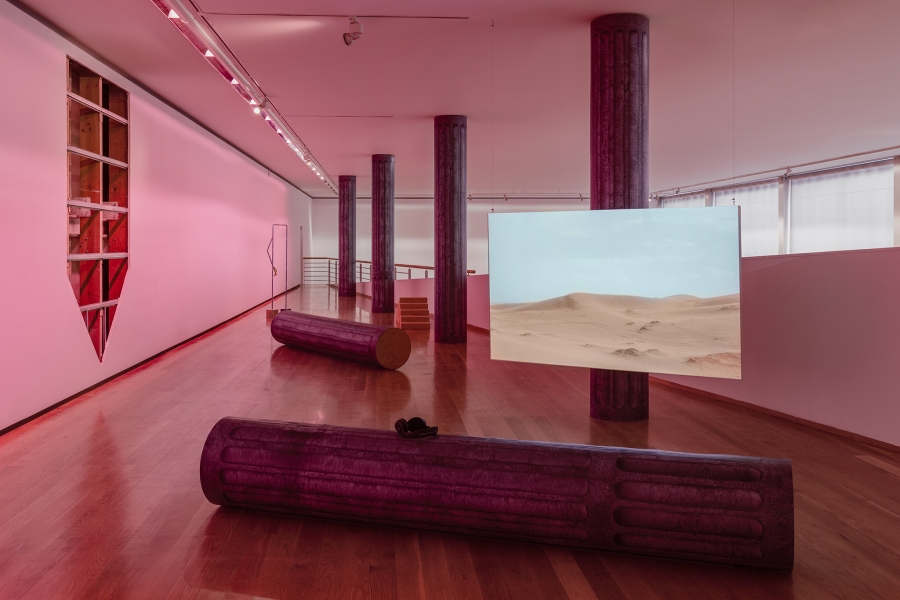 The possibility of making a revolution today, in light of the transformations to participation in the public space, is one of the main topics in Maria Trabulo’s artistic practice and the starting point for this exhibition developed with the curator Pieternel Vermoortel at the invitation of Galeria Municipal.
Desertado. Algo que aconteceu pode acontecer novamente emerged from the challenge proposed to the artist to think about and discuss the place of fiction and shared histories in today’s social and political constructions. Assembling several perspectives of thought and artistic proposals, which will meet, cross and inhabit the installation created by Maria Trabulo in collaboration with Pieternel Vermoortel, the exhibition reflects on what might be the place and action of the artist in our evolving political landscape. How can we understand social and political participation through art, and how can art partake in the public debate? In this environment, an act of resistance might also require some fiction.

An exhibition by:
Maria Trabulo 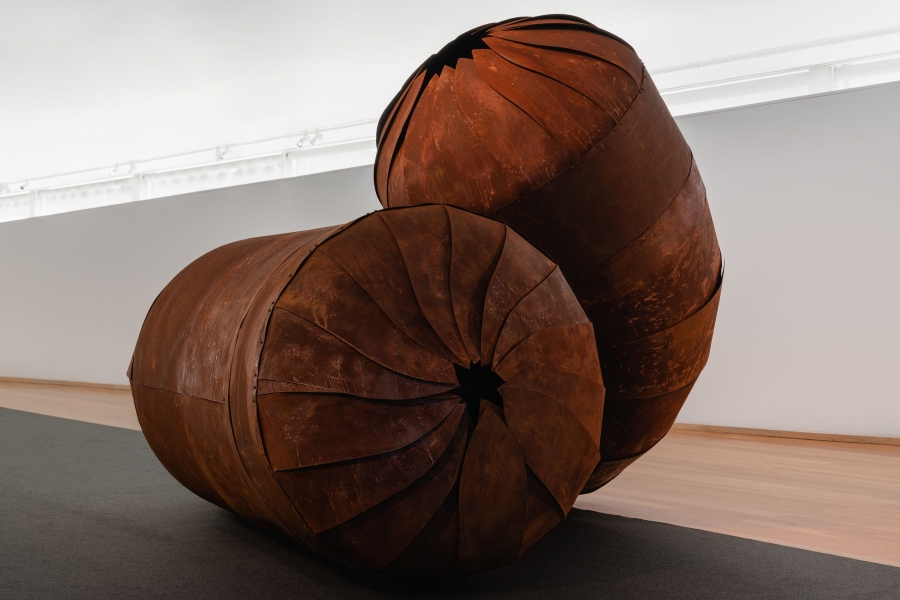 Galeria Municipal do Porto and Kunsthalle Lissabon present Astray, a two-part project by Caroline Mesquita and the first time the work of the French artist is exhibited in Portugal. Curated by Sofia Lemos and developed specifically for the space of Galeria Municipal, the new exhibition combines sculpture and moving image, converting it into a temporary museum for aesthetic uncertainty.
Mesquita has previously staged situations in which oxidized brass figures coinhabit different scenes with visitors, such as a celebration or an airplane crash. In this project, the artist’s interest in the body focuses inwards, in that which supports movement and articulation. For vertebrates this is the possibility of displacement offered by bone structures; in machines, it is the materiality of travel through spatial and timescales and the invention of History. These airplanes, spaceships and motorcycles, all journey in the direction of radical imagination. At Galeria Municipal, Mesquita creates an engine capable of moving through synchronic and diachronic histories of existence and questions its fabrication, both materially and symbolically. The film Astray that lends the title to the exhibition, collates human and nonhuman animals, engines and machines, in a performative relation between the viewer’s past, present and future. 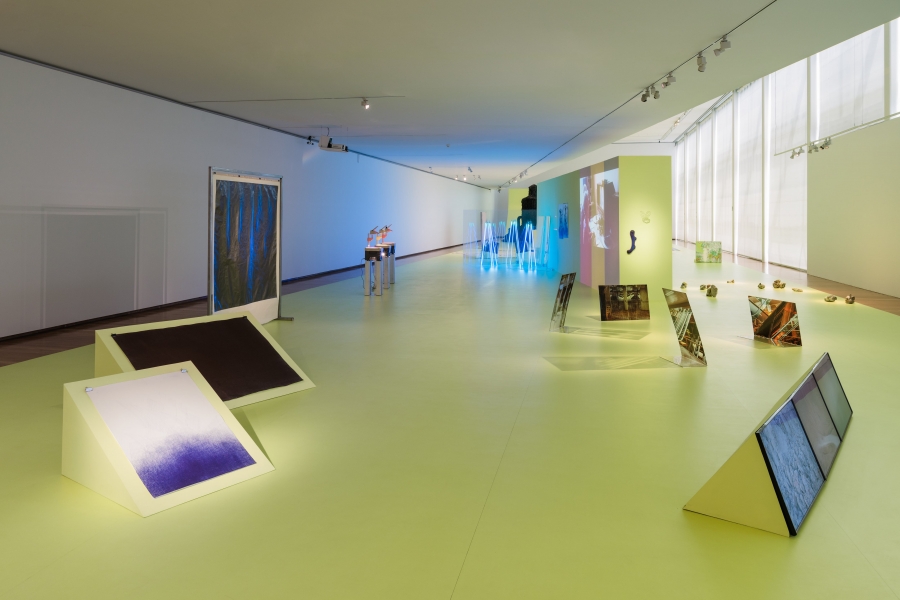 Anuário is a project of reflective analysis of curatorial and artistic practices in Porto during a one year period. This project – included in the platform Pláka, which encompasses the city council’s policies in support of contemporary art – was created by João Ribas and Guilherme Blanc and developed by a group of five curators who they invited to monitor, document and analyse artistic projects presented in public spaces in the city. This is the first Anuário – an exhibition that resulted from a continuous reflection on artistic production and a shared curatorial process, in which the five curators’ perspectives converge into a common understanding of the art practice in Porto over the last year.